Officer Haley Brown was born in Layton, Utah and was then raised in Buhl, Idaho. Officer Brown graduated from Buhl High School in 2012. She later attended College of Southern Idaho and graduated with her K-12 Physical Education Associates degree. Officer Brown continued her education at Idaho State University and graduated with her Bachelors degree in General Studies in 2019. She started her Law Enforcement career serving the Buhl Police Department since May 2020. haley.b@cityofbuhl.us

Officer Clarivette Gastelum was born in Jerome, Idaho and has spent most of her life in Southern Idaho. Officer Gastelum is a 2012 graduate of Glenns Ferry High School, in Glenns Ferry, Idaho. Officer Gastelum joined the Buhl Police Department in July, 2018, and attended the College of Southern Idaho Law Enforcement Program, where she earned her Technical Certificate in Law Enforcement in December, 2018. Officer Gastelum works as a patrol officer and serves the community of Buhl as one of our bilingual officers, speaking both Spanish and Portuguese. clarivette.m@cityofbuhl.us

Officer Mike Main was born in Redding, California and graduated from Modoc High School in Alturas California in 2003. He began his law enforcement career in 2007 after completing the 880-hour California POST Training course at Yuba City College. Mike began his law enforcement career with the Alturas Police Department and worked there for approximately 5 years. In 2013 Officer Main took the position of District Attorney Investigator for Modoc County. In 2013 Officer Main then began working for the Modoc County Sheriff’s office leaving there as the Patrol Sergeant. Officer Main wanted to get out of California so he moved his family to Idaho. Officer Main is Married to his lovely wife Amanda and has three children Karrie, Liam, and Bruce. Officer Main joined the Buhl Police Department in February of 2020.mike.m@cityofbuhl.us

The Buhl Police Department consists of 11 dedicated full-time employees, with 9 full-time, sworn Police Officers, one civilian Office Manager, one part-time Records Clerk, One Reserve Officer, and one working animal, K9 "Karma". The Buhl Police Department is committed to hiring and retaining the most professional, well-trained staff possible. We are here to serve our community with integrity and professionalism.

Reserve Sergeant Bill Deetz is originally from Parker, Colorado and moved to Twin Falls during his junior year in high school. He is a 1992 graduate of Twin Falls High School, and attended classes at the College of Southern Idaho and Boise State University, where he earned a Bachelor of Science degree in Political Science in 1997. Sergeant Deetz began his career in law enforcement in 1999 with the Filer Police Department in Idaho, and graduated from the Idaho P.O.S.T. Academy Class #123 in 1999. He spent 13 years with Filer PD before joining the Buhl Police Department in 2012. Reserve Officer Deetz accepted a full-time position with the Twin Falls County Sheriff's Department in March of 2017, and currently serves the Buhl Police Department as a part-time Reserve Police Officer. 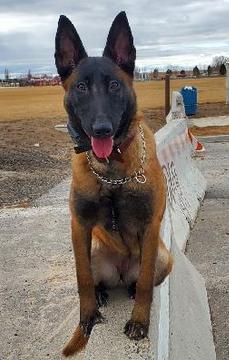 Officer Jayson Wheelerwas born in Twin Falls, ID. He grew up in Buhl/Castleford Idaho and graduated from Castleford High School in 2010. Officer Wheeler was full time as a Firefighter/EMT for the City of Buhl prior to his transition to Law Enforcement. He recently graduated from the CSI Law Enforcement Academy in December of 2020. Officer Wheeler joined the Buhl Police Department in July of 2020 as a patrol officer. jayson.w@cityofbuhl.us

Officer Brent Faughtwas born and raised in Twin Falls, Idaho. He attended Twin Falls High School where he lettered in football and wrestling, and later graduated in 2002. In June of 2002, he enlisted the US Army and would go on to complete six tours of duty in the Middle East. After his retirement from the Army, Officer Faught returned to the Magic Valley and attended the POST Academy in Boise. He graduated in 2015 and accepted a position as a District 5 Felony Probation and Parole Officer. In 2020, Officer Faught joined the Buhl Police Department, and takes pride in continuing his career in public service while protecting and serving the citizens of our community.Type your paragraph here. brent.f@cityofbuhl

Lieutenant Benny Torres was born in Mexico City, Mexico and moved to Idaho at the age of one year old. He grew up in American Falls, Idaho and graduated from American Falls High School in 2006. Lieutenant Torres attended the Idaho POST training academy at Idaho State University, graduating in 2008. He began his law enforcement career with the Power County, Idaho Sheriff's Department in 2008. Lieutenant Torres joined the Buhl Police Department in 2011 as a patrol officer and serves the community of Buhl as on of our bilingual officer, speaking fluent Spanish. benny.t@cityofbuhl.us

Chief Jeremy Engbaum is originally from Duvall, Washington. He obtained his GED from the College of Southern Idaho in 1998, then attended the Idaho POST training academy at the College of Southern Idaho. While attending the College of Southern Idaho he also earned an AA degree in Criminal Justice Administration and an AAS degree in Law Enforcement, graduating in 2003. Chief Engbaum earned his Bachelor's degree in Criminal Justice Administration from the University of Phoenix in November, 2017 and then earned a Master's Degree in Public Administration from the University of Phoenix in June, 2019. He began his career in Filer, Idaho as a Reserve Police Officer in 2001, and also worked for the Wendell, Idaho police department as a full-time officer. He came to the Buhl Police Department in 2006, and currently serves as the Chief of police for the department. jeremy.e@cityofbuhl.us

Sergeant Rusty Hawkins was born in Jerome, Idaho, and moved to Buhl at a young age. He grew up and attended school in Buhl and graduated from Buhl High School in 2002. Sergeant Hawkins began his career in law enforcement in 2003 with the Gooding County, Idaho Sheriff's Department and he graduated from the Idaho POST Detention Academy in 2004. He then went to work for the Gooding Police Department in 2005 as a patrol officer, and he attended and graduated from Idaho POST Academy Class #149 in 2006. He came to the Buhl Police Department in 2007 as a patrol officer, and he proudly serves the department as Patrol Sergeant, School Resource Officer, Range Master, and Firearms Instructor. Sergeant Hawkins is a dual certified officer, holding certification from Idaho POST for both detention and patrol. rusty.h@cityofbuhl.us